- This has to be the best 15 minutes of music of 2012. The guy's got energy and that will get me through some very long trainer sessions this winter.

- Trainer default album #2 is Boys and Girls, from The Alabama Shakes. If you can't love this you don't know good music.

- There is someone out there living the dream and his name is Jered Gruber. The man restarted his life to give it a go racing in Belgium, with his wife Ashley the two have been following the races and producing the best cycling images. I've been following cycling for 20 years, and there's never been anything like this; he manages to capture the scale of the race and the fans. 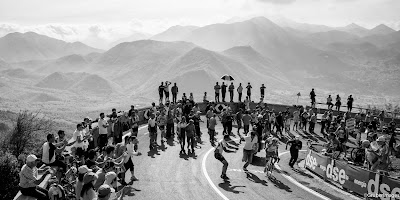 - I've been saying the Giro was better than the Tour since the Indurain era. Now for the first time in the modern era, a defending Tour champ is foregoing his title defense in pursuit of the Maglia Rosa saying he's always loved the Giro. The racing is closer, the hills steeper and more numerous and the time trials traditionally under 25k, but for all that, there's just a beauty to the race the Tour and Veulta don't have. 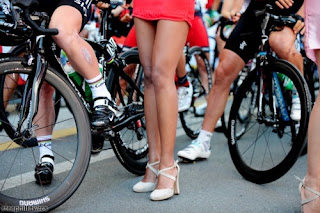 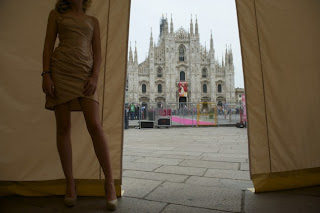 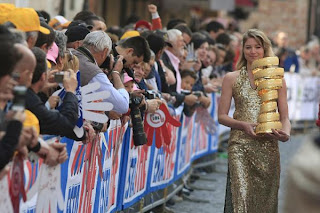 Plus, it was host to two of the best days, of racing in recent memory.

- I saw this frame on Embrocation, and needed it. I have a big birthday coming up, and this is timeless enough to last the long haul. It's modern oversized steel designed by Richard Sachs and Dario Pegoretti. Craig Gaulzetti writes about bikes and racing and how he wants them perform like no one else. The frames are pure business racing machines; want internal Di2, polished lugs or fancy paint jobs, go somewhere else, he won't entertain the thought.

What else? In an industry full of paid endorsements, advertising dollars and generic reviews he's managed to get two of the only endorsements that matter:

1. The God Father of American hand built art with his own 20 year wait list has one. Says it's his go to rig.

2. Brendan Quirk, the owner of the arguably the most influential bike shop in the country - and doesn't stock these alongside it's Pinarellos, Williers and BMCs - owns one.

One more, Bill Strickland picked a Corsa for his 2012 "Dream Bike" pick. He ran out of word count in the print edition, and was so enamored with the frame he wrote further on his blog: The Revelation.

My mind was made up, then I saw this.

- There's many reasons to get behind Ryder Hesjedal. He's the current CEO of slamthatstem.com, good for a tough stage race or a one day result, and his all teammates say even while in the leaders jersey he's so laid back he's practically horizontal, but his Giro win was my pick for ride of the year. More specifically, when De Gendt was up the road threatening to play spoiler, and every other contender sat on his wheel waiting for him to crack he turned himself inside out keep within striking distance before the final day TT. And that was it, he climbed like a beast, TT'd for the win and we had a Grand Tour where everyone can agree that the best man won.

- The best team performance of the year can only go to Belgium at the Worlds. It was flawless. I've been a Van Summ fan since seeing him at the U23 Worlds in Hamilton, and never get tired of seeing him rip it for his teammates, to then have it capped off with a perfect display of domination up the final ascent to the finish made it the perfect race. 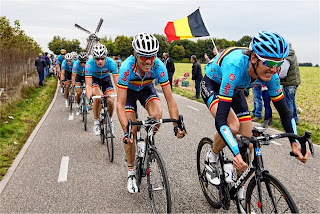 - Finally, I'm done with stories about Armstrong. I think most serious followers of the sport have only had the suspicions confirmed and everything else is just details. In my opinion, the only original piece on all of this is Stephen Colbert. Watch it now.
Posted by Eddy at 10:52 AM