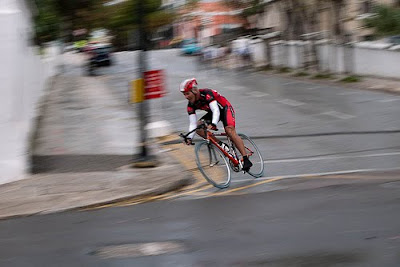 The Boulder Report is maybe the most insightful place for cycling journalism on the web. Unlike others, it doesn't focus on the obvious and star-centered aspects of the sport; who really cares if Lance and Alberto are friends or where Wiggins is going. It's reporting is instead aimed at better stories that make you want to get out and ride your bike. Logging on this week I was surprised to see an entire article devoted to Graeme Miller. The author, Bill Strickland, had this to say about Miller:

In a career of a little more than two decades, Miller made four Olympics, with an eighth in the road race at Seoul in 1988 as his best finish, but he won races all over the world — just not many that casual fans ever heard of. Instead of the Spring Classics and Grand Tours it was the vagabond workingman slog around the world for Miller. If he’d been a boxer instead of a bicyclist he’d have been going bare-knuckles behind the abandoned factory for a hundred bucks a fall.

And he looks it. There’s that indefinable set to his jaw and in his stance and eyes that the authentic tough guys all over the world have, not preening like the fake fighters who do pretty good until they run into the real thing, and not visibly spoiling for a brawl like troublemakers, but a bearing that comes from a kind of confident — almost resigned — comfort with getting into a fight they’ll more likely than not lose. He and the guys like him are genetically talented sure, more so than most of us can dream of, but because they were missing that last, miniscule final bit of the gift that puts racers over the top, they learned that if they were going to make a living with their bikes they had to ride as if they were knocking the shit out of people.

As a rider who had the shit knocked out of him on a weekly basis by Graeme, it was great to see him paid such a tribute.

The full article can be read here.
Posted by Eddy at 10:05 AM No comments: 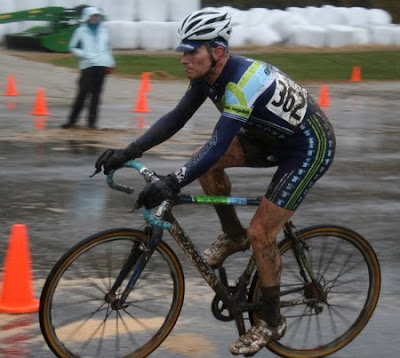 Came across this the other day and thought it was one of the coolest cycling videos I had ever seen. Really, you need to watch it right now. And then re-watch it. The crowds. The starter running out of the way. the dismounts and speed. And God, those stairs! How did they do it.

The video is cyclo-cross before there was cyclo-cross. It's racing on the only streets availible, and if that means dismounting to climb 500 stairs and whipping through single lane roads, well that's just what you have to do.

I've thought a long time about why there's no cross on island and am stumped. To me it makes more sense than mountain biking here given the terrain and the circuit courses. Also, initial reports from mountain biking vet Dave Collins in BC are that "you've never really raced until you've raced 'cross."

In that spirit I'm tossing out the idea of doing a fun race towards the end of December around Shelley Bay. The course can be done on a road, mountain or single speed bike and there's a stair case each lap. Dave will also be back to give tips and pointers he's learned. More importantly, a case of beer will be on the line for the winner.

Let me know if there's interest or ideas to make it a better event.
Posted by Eddy at 7:54 AM No comments: