What you missed this morning. 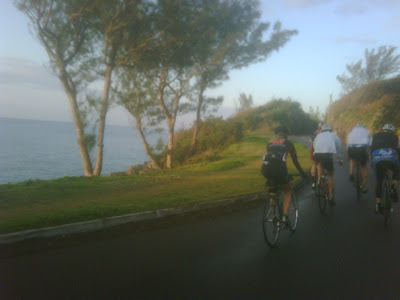 There's plenty of time later in the year to hammer the 6:15 ride so for now I'm enjoying the scenery over slow rides and good conversations.
Posted by Eddy at 10:59 AM No comments: 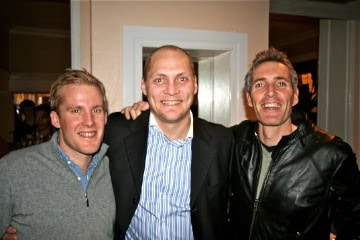 - I mean Huge. I had the pleasure of meeting Magnus Backstedt over the weekend and was just blown away by what a nice guy he was. He had nothing but patience for my rain-man-like-cycling questions (he wants Hincapie to finally win Roubaix in 2010 and thinks Boasson Hagen is Merckx for a new generation) and was gracious recipient to Dr Drea's insistence that he try a Dark n'Stormy (which he liked).

It's always great when the stars you admire turn out to be just normal and decent human beings in person. I especially liked his advice to aspiring juniors, "just always give 100%, that way no matter what happens you'll know that you tried your hardest."

Me: "So, if you win Roubaix, do you ever have to buy a drink again?"

He's doing some good things with a small team. It's not going to get you a sponsors spot on his team kit, but I'm sure it would help the cause to buy some of his coffee here.

- I found myself sucked into the black hole that is MTV's Cribs over the weekend. It's a train wreck of too much money and bad taste; did you know that Dale Earnhardt Jr has a Western village in his backyard complete with period dressed women? It's as though all US celebrities live in a world of expensive LARP. Each time I saw the garages full of Beamers and Bentleys I'd wonder to myself just how many bikes I could fit into that space if given the money. Then last week I found out that Michael Barry has his very own Cribs-style bike porn garage full of vintage one-offs. These are his bikes - not including his stable of 10 years worth of actual PRO rides. 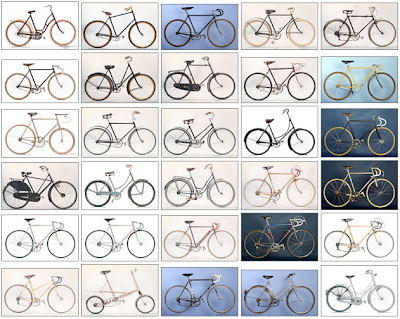 - If you're like me you often find yourself staring at the TV in July in absolute awe, wondering how much more training you'd have to do to get up those hills so fast. This picture of Dutch climbing sensation Robert Gesink helps answer that question. You just need a beach body that isn't going to win you many ladies (unless of course they're very into cycling). 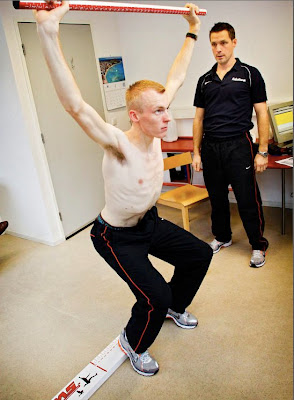 - Velonews had a look at the logistics behind Garmin-Transitions recently. I knew it took a lot to support a team, but didn't realize it was akin to supplying a military operation. Just look at the photo below. Those boxes contain 22,000 camel back water bottles. Those things retail for $9, that's $200,000 a year just on water bottles that get used once before being flung into a ravine in the French countryside. Add the thousands of gels, bars, bar-tape, tubulars and pedals that the team goes through in a year and they have a whole warehouse just to keep the team stocked.

- I've been nothing but cold on my bike recently and it's testing even my love of the sport. A quick Google of "how to stay warm while cycling" revealed mostly boring answers. Yeah, who knew that wearing more clothes would help? But I came across this great suggestion here that advised I cover my legs in duck fat! Answers like that are the reason I love the Internet.

I have to say I'm tempted, but it would be just one more thing I'd add to the list of cycling quirks that my lovely girlfriend will never understand. That, and I'd fear dogs chasing after me.

- On a recent group ride I was looking around at the body language in the group. By and large we were man handling our machines, rocking our shoulders side to side trying desperately to squeeze every last watt out. While I'm on the Roubaix theme, I found this video of Moser winning the '78 race in the World Champion Stripes. It's text book perfect cycling technique. I've heard that Moser used to ride his rollers in front of a mirror just so he could dial in his technique. Watching this makes me believe that leaves me striving for that effortless technique only attained through thousands of miles.
Posted by Eddy at 8:05 AM No comments: 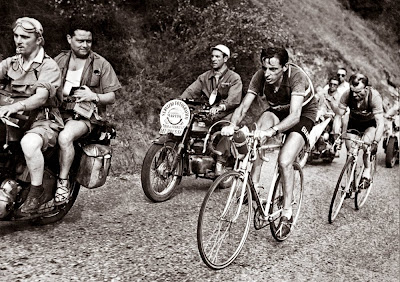 I think most pro cyclist interviews are really dull (Question: What's your training secret? Answer: I ride a lot in the mountains and I don't eat). I came across this interview from some Cat 1 rider and wished this guy taught interview lessons to the pros:

Lanolin: You’re quite a good climber. What’s your secret?

Alan: My mother was a social climber. My father was a corporate climber. I have no friends and no money, but I can do this.

My bike is a mess

I've ridden almost every day over the last two weeks.

I keep thinking that nature will reward my perseverance with a day or two balmy skies and gentle breezes. How foolish, it's been nothing but gale force winds and cold rain on almost every ride.

As a result my bike is a hot mess. Next time my lovely girlfriend is out of the house post-ride I might give this a try: 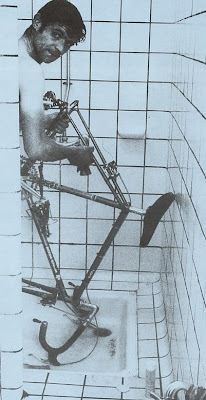